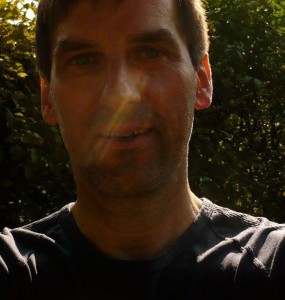 I AM a high frequency Lightworker living in South Bavaria, Germany. I AM a Citizen of our Multiverse helping above all to raise the vibration of Love on Mother Earth at this most fascinating pivotal time of the Great Galactic Shift – the Shift of the Ages at the beginning of our New Golden age.

I have studied the Mahatma Teachings over the last 22 years – brought on Earth by my greatest spiritual teacher Brian Grattan who has embodied the „Rider on the white Horse“, that is also mentioned in the Christian Bible.

I actually have taken all Initiations of all levels of creation up to Source. And I certainly AM a follower of Brian Grattan, who succeeded in anchoring our SOURCE (Energy) on Planet Earth at the very first time in June 14 1988. It’s certainly above all due to him, that I made a Quantum Leap in Consciousness indeed.

Maybe it is not so easy to fully understand the full magnitude of my energy, but it is a matter of fact, that my higher Chakras already have begun to shift into the 5th Dimension in November 2009. And only two years later I even was able to cross the Golden Bridge into the higher spiritual realms of the 7th Dimension by fully connecting with my Upper Soul – that also is called the Lower Monad – Vywamus. Only one year later – in June 2012, I finally was able to fully connect with my Higher Monad, that belongs to the the Monadic Vehicle of the 12th Ray, integrating at the very first time the full magnitude of the LIGHT THAT I AM AS A SPIRITUAL LIGHT BEING having merged into the ONENESS OF ALL THAT IS, OUR SOURCE MAHATMA or whatever you like to call God, because it’s just a Mantra for our SOURCE, created by Vywamus.

I AM very in tune with Saint Germain, El Morya, Dwhal Kul, Sanat Kumara and Lady Nada – Sanat Kumara and Lady Nada are certain Aspects of my HIGHER SELF – as well as I AM highly attuned with the Ascended Master realms, the Dolphin and Wale collective, the Pleiadians and Sirians, with which I actually have worked together many times in numerous past lives and different Star-Systems and Galaxies as above all the Pleiades, Arcturus and the Sirius Star System in our Galaxy, called Milky Way, but in our neighbor Galaxy, the Andromeda Constellation as well. Using my highly attuned intuitive abilities of seeing, hearing and above all direct knowing I serve as a bridge between the higher Spiritual Realms and the Journey of Awakening. I provide Activations, Coaching and Light Service, that will support you indeed to re-align with your true SELF to assist you in the process of spiritual awakening helping you above all to ascend into the 4th Dimension and even still higher.

The essence of my Light Service on Mother Earth is to help you indeed to understand, who you just are as a spiritual Light Being and to help you as well to also better understand your ETERNAL JOURNEY BACK HOME TO OUR SOURCE, THAT WE JUST ARE AS AN EXTENSION. My most important mission on Planet EARTH however is to spiritualize indeed matter through the Fusion of the Electron of the universal planes with the spiritual Microtron, that actually is the smallest particle of spiritual energy without any permanent atom at all supporting you above all to creating and manifesting your Merkhaba as the vehicle for your true physical-spiritual Ascension to be able to crossing the Golden Bridge into the Spiritual Realms where true Life is happening – beyond space and time – in fact for all light workers, that truly want to transcend death being able to handle this magnificent spiritual energy of the 7th dimension.